My blog entries appear on this page. This includes articles on multidimensionality, society and new science, references to online videos and free downloads, and invocations or invocations that I consider valuable. 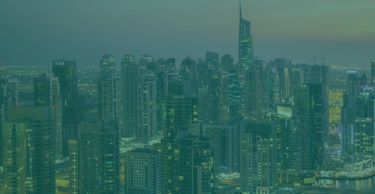 The Red Pill and the Fourth Dimension

The appearance of the Matrix movie was not just an accidental creation. It has been a carefully orchestrated project by the Spirit World to introduce new concepts into the collective, human consciousness. Through a fictional story, our mind was allowed to get used to and open to the idea that there are greater realities than those we perceive, and that there are forces at play that hold the Earth and humanity in a small, delineated illusion reality.

Open your Mind to the Inverted Matrix

We have entered an exciting phase. The Diamond Light is now flowing lavishly through the Earth Grid and the collective human consciousness, and this Light is forcing the dark forces to the surface, forcing them to make choices that will either way bring them out into the open, either through surrender or resistance through desperate actions. Their main instrument, the power of illusion, is rapidly being taken away from them.

Spiritual Calendar of the Netherlands as Guiding Country

Take heart, dear people! I have always felt and known that in the midst of a social upheaval there would be a sudden, spiritual revolution, and I now more than ever feel that it is imminent. What a wonderful time ahead of us! Everything seems to come together in the energy now.

A sober perspective on enlightenment

With the movement into the fifth dimension, the lifting of the quarantine of the Earth, and the opening of multidimensional reality, much knowledge is being released about the mechanics of multidimensional reality. Religion, spirituality, and existing ideas about spiritual growth are forced to be looked at in a new light. This knowledge comes from higher dimensions, from beyond the veils of the illusion matrix that we are now slowly stepping out of. Much of that knowledge had previously been restricted to mystical circles, mystery schools, and theosophical societies. Not coincidentally, in this particular time of transition there has been an explosion of this knowledge over the past decades thanks to the work of many incarnate lightworkers.

it is an exciting time of processing, letting go and transfiguration into becoming the new human. I’m writing less at the moment. I am continuously “energised” by high, cosmic energies. I would like to share below the beautiful experiences we had during Karin’s webinar last Thursday. Take heart, and don’t be fooled by the news, nothing is as it seems, and everything is going according to plan. I would like to invite you to participate in Karin’s webinars, they are powerful, well grounded and always attuned to the actuality of the ascension process.

The gray role of the lightworker

As far as I’m concerned, it’s about time we got a more relativized picture of the role of the lightworkers. It’s not all as black and white as is sometimes said. You often read that lightworkers have come to Earth to bring light and love. That they volunteered to incarnate here after a distress call was sent into the universe from Mother Earth requesting help. But in reality it is not that simple.

I see the same news coming in from every nook and cranny, and many feel it within: we are on the eve of a tipping point.

The Opening of the Path of God

Sacred Marriage Mother Earth and her other half

Get ready for a wild ride

Take heart, dear friends. Such great things are happening right now that it is sometimes a challenge to comprehend it all. I’ve honestly been a little hesitant about making this post because of the “greatness” of the information, but I’ve decided to do it anyway, in the hopes that it will help people under the current 3D circumstances.

Earth is where the party will be

As expected, the measures have been tightened again. It helps our energetic balance when we stop being surprised, disappointed or indignant by these steps, we all know where it’s moving, and we all know it’s not about health, it’s about power.

The Light always “wins” from the Dark

Karin and I have been able to experience many meditations since 2013 in alignment with the actuality of the ascension process. In this we have experienced the most wonderful adventures. For a few months in 2015, however, virtually nothing came through. This turned out to be because we were in a process of crystallization of our physical bodies, making the veils temporarily too close for the mind’s eye to safely perceive clearly. What was allowed to come through during this period was a background setting of this crystallization process.

Switching between 3D and 5D

With the 5D Earth becoming a reality since this year, we will find ourselves in an overlap of two realities for several years to come. This report gives some more hands and feet to this energetic process, and how you can consciously tune in to it.

This is a follow-up to the previous post, titled, “In October, Mankind Will Stand”. I feel I want to emphasize that this has not been just a transmission, of which we are uncertain or unclear how much truth it contains.

In October humanity is standing up

We feel excitement about upcoming, positive changes. As if we are approaching a tipping point. Beautiful things happen in the energy. We seem to be entering a new chapter with this equinox. Last night we, Karin Thomas and I, went into meditation to tune in to the actuality of the ascension process and the autumnal equinox. The following came through. 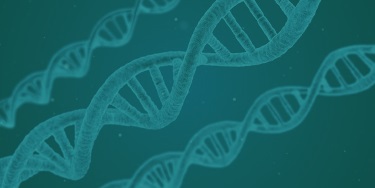 Klaus is right, a Great Reset is coming

Klaus is right, a Great Reset is coming, and nothing will be the same. However, it will not take the form he is aiming for.

Aliens: are they coming to rescue us or do we have to do it ourselves?

The topic of the extraterrestrials is very actual and even the mainstream media is now feeding the idea of their existence and their presence around the Earth. Aside from the questionable intentions behind these media that presumably do this to maintain control over the narrative, this is a sign that the reality of extraterrestrial life is slowly but surely integrating into our reality. It is no coincidence that this development coincides with the increasing entry of the 5th dimension, through which we will experience more and more 5D phenomena.

A message from the Matrix

I would like to share a short video (9min.), it is a message from the Matrix. It’s meant to be inspirational and fun, it’s not literally the Matrix itself speaking. I hope you enjoy it. For a maximum experience, I recommend watching it on a large screen with the sound loud. 🙂

The collapse of the Matrix

I notice that there is still a lot of talk about the Matrix on social media and in youtube videos as if it still exists in full regalia. Although I can imagine that that perception exists if you only look at the physical dimension, given the destruction and corruption in the world at the moment, I do would like to offer a dissenting voice on this.

In 2017 I regularly walked across the Spuiplein in the center of The Hague to and from work. I didn’t realize that something under the Spuiplein had been trying to get my attention for a while.

The Lion’s Gate and the Inner Sacred Marriage

Saturday, August 7, 2021 we have had another beautiful workshop, which matched the theme of the Lion’s Gate.
Below is the report of the meditation by Karin Thomas.

The birth of the galactic human

I would like to share my enthusiasm for what is about to happen. Karin and I have been able to follow the movement to the 5th dimension and the New Earth fairly closely in our meditations for the past 8 years.

Healing myself as an unborn baby

During the period that my mother was pregnant with me, she experienced some strong emotions. The energy of those emotions ended up in my aura as an unborn baby and ‘sticked’. It didn’t really affect me in my youth.

Visiting a tomb of a previous incarnation

A few years ago I visited an Italian church where I knew my remains from a previous incarnation are buried there. It was a special, unexpected experience.

Welcome to my new blog! Since about 2015, I have not performed any website activity, nor have I written any online articles. It has been a real cocoon phase, but that is now slowly changing.

This is a living symbol, connected to the Great Pyramid, and is empowered by Lady Gaia, Ascended Masters and Archangels. It carries diamond lightcodes that stimulate non-dual consciousness, and changes along with the actuality of the collective ascension process.

For a long time I have carried a spiritual story in my mind to write someday. This story is loosely based on many of my spiritual experiences and those of others. Initially I had the intention of publishing this in a book form, but I was ambitious and “dreaming big”. I hoped to reach, touch and inspire as many people as possible. For this reason I chose not to write a Dutch book, but to aim for the greatest reach imaginable: a hollywood film.

I have prepared the meditation below to help you balance yourself energetically and increase your frequency. It is a turbulent time and it is going to get even more turbulent. The extent to which you stay in your center and in your balance, and not constantly resonate, react and move along with events outside yourself, has a great influence on how you get through these times. It is strongly recommended to approach this energetically, and not only to pay attention to nutrition, lifestyle, positive thinking, etc..