Open your Mind to the Inverted Matrix 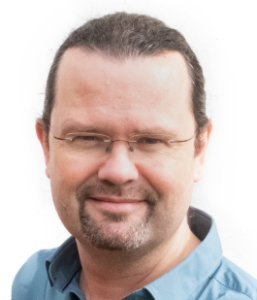 We have entered an exciting phase. The Diamond Light is now flowing lavishly through the Earth Grid and the collective human consciousness, and this Light is forcing the dark forces to the surface, forcing them to make choices that will either way bring them out into the open, either through surrender or resistance through desperate actions. Their main instrument, the power of illusion, is rapidly being taken away from them.

After a period of centuries in which the illusion grew stronger, with an increase in rationalism, materialism and atheism, it is now being broken down at high speed, clearly marking the end of a cycle and ushering in a transition into a new era. There is nothing that can stop the Divine Truth from emerging ever stronger and more visible, exposing the remnants of the inverted Matrix. The inverted Matrix is a holographic reality construct that hides the Divine, Multidimensional Truth, turning the truth upside down, so that nothing is what it seems. This inverted Matrix has a power structure in which only the top knows the truth of this “illusion generator”, underneath is the executive staff, who in a certain ignorance carry out the assignments on a “need-to-know basis” to keep up the Matrix.

It is a generally accepted fact, also within psychological science, that man mainly lives from his subconscious. This is also a multidimensional reality that the unseen powers of the inverted Matrix make grateful use and abuse of, by continuously influencing, directing and manipulating people’s thoughts and emotions from behind the veils, and transmitting messages and programming through especially media and entertainment, giving impulses to the collective subconscious to use its creative power to realize their agenda. Politics is of course also an excellent field in which this influence and direction takes place, in order to steer social policy towards that agenda. These forces behind the veils constantly scan for the corruptible entrances they can find within the consciousness of politicians, like selfishness, ambition, vanity, greed, fear of losing face and humiliation, etc. Their idealism is also an important entry point, because naive idealism is a valuable way for them to make people work for them, thinking that they are doing good for the world while in their ignorance, compartmentalised by their functions and specialisms, they push a completely different agenda they would not support on a conscious level at all.

In 2007 I was visiting a lightworker, who told me what kind of work he did. He told me that he was constantly being led to leave his body and travel with his astral body to the Houses of Parliament and the Senate in Washington DC. There he saw in the halls where the politicians were debating, large numbers of Reps, who, invisible to the politicians, were busy manipulating and sabotaging all interactions between the politicians, thus sowing division. He was constantly guided to place large ethereal crystals in those halls, to limit their corrupting influence, which was especially important when great political acts were being addressed.
The reason for this post was my visit to the cinema recently. For the first time in 2.5 years we decided to go to the movies again, Dr. Strange part 2, to be exact. My inner child loves stories laced with magic and multidimensionality. However, the most surreal experience I did not have while watching the film, but during the commercials before the film. One of the commercials was a bizarre promotional video from the United Nations. I had never seen it on TV or on social media before. In this video, a dinosaur spoke to the UN about how humanity is headed for extinction if it continues to handle climate the way it does.

This movie is a great example of how the inverted matrix works. It has different layers, all of which are highly programming, and in which the lower layers are focused on destructive creative power. The most innocent layer is the top layer. This layer reflects the well-meaning intentions of the involved UN employees who created this video, in which they believe in their idealism and “climate-change” beliefs they are doing the world a favor by getting this message out in this way, creatively using digital technology and the history of the extinction of the dinosaurs. This top layer is the layer that motivated the UN staff on a conscious, personal level to produce the film. This top layer was also needed by influencing forces from behind the scenes to get the UN staff to make the film, gratefully using their idealism and convictions. Underneath, however, there is a layer in which they are little or not aware of the vibrational effects of the film. The film has a frequency-lowering effect when one blindly follows the illusion and it is not viewed from awake consciousness. It acts on feelings of fear, guilt, anger, frustration and indignation.

Underneath lies another layer, which makes it clear to me that we have really entered a phase, in which greater realities are opening up, and in which we begin to experience that “the truth is stranger than fiction”. This layer sends out a message in which the Reps want to pretend that they are still “in control” (which they are not). An image in which a Rep addresses the UN, it really is the ultimate show of power from race to race. However, it also expresses desperation that they make themselves known in this way, as if it is now getting serious and it is now all or nothing, as if they thought it necessary to intervene in this way and to trap humanity back in the illusion, which isn’t going to happen anymore. The next and last underlayer is the most destructive and is not in the images but in the words “Don’t choose extinction”. As everyone is well aware, the subconscious knows no negative words, such as “no” and “not”. Then see what’s left of the message, and you’ll see what programming they are trying to push through.

The timing of the publication of this video is no coincidence, 12 days after the so-called “End Time” formally arrived (October 15, 2021), as I understand. These forces are trying to put one last spin on the evolution of human collective consciousness in their favor, and it is up to humanity not to allow this and to use its creative power consciously and positively. By collectively choosing light and love, continuing to raise one’s own frequency, opening the heart, and consciously keeping Christ consciousness and a Paradise New Earth in mind. But especially by opening the Mind, because that is the first step, as a teacher once told me. “Opening your mind is the first step to greater realities”. It is not climate action that will determine the future of humanity, but the ability to see through that Matrix, to step out of the illusion, so that you keep control of your consciousness and you no longer misguide yourself. even if you watch videos like this one. Nothing is what it seems in the inverted matrix. Open your mind, the rest will follow.

And finally, yes, in the end EVERYTHING is illusion, and the outside world is just a mirror, and negative forces are just actors in a story to help your consciousness evolve. The moment you can take those powers into your heart, then all duality around us will melt. But before that happens, it is good to first see through the illusion, and then turn inwards, examine which pain and which judgments these triggers in the outside world expose in oneself. Ultimately, we change the outer world by transforming our inner world, not the other way around.