The birth of the galactic human 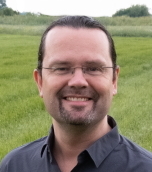 I would like to share my enthusiasm for what is about to happen. Karin and I have been able to follow the movement to the 5th dimension and the New Earth fairly closely in our meditations for the past 8 years.

The first wave of lightworkers has now fully arrived energetically in the 5th dimension. They are energetically disconnected from the 3rd dimensional Earth, which opens new possibilities for their role within the Divine Plan. It seems that Spirit made this 5D entry and 3D disconnection a condition before lightworkers were allowed to tap into all kinds of new qualities within themselves, or rather, to remember, reactivate old qualities.

In our meditations we regularly witnessed collective activations, which brought this group of lightworkers step by step closer to the moment when these qualities and memories would become available. How many times over the past 15 years have I heard lightworkers wonder out loud, “Who am I, where am I from, what can I do, what is my mission, and when will it begin?” With all the frustrations and slight impatience, in feeling and knowing that the answers will come someday, but not when. Suppose now that it is almost time for all this to become clear, on a level beyond what we can imagine. Not just on a basic level of knowledge, in the sense of: “I am a healer, I am aspect of such and such, and come from such and such planet”. But on a profound level of experience, where there is a shift of identity, and where you start to live a greater reality in your daily existence. In which multidimensional reality becomes more real than physical reality. Where you discover that this “new” state of being is much closer to who you have been as a galactic being throughout eternity. Not like in your earthly incarnations, in which you always take on a different persona, but an ongoing identity, which you have lived through for thousands or perhaps millions of years, and which consciously remembers its galactic history.

When this collective activation takes place, it will bring much joy to the lightworkers. It is a coming home to your galactic origin, the birth of the galactic human. Clear abilities, intuition, communication with guides, it will all jump to more clarity, more detail, more precision, more access. It is inevitable that this activation will have a significant influence on the dynamics of what is currently happening in the world, the social chaos. Ultimately, everything that happens has a spiritual context. We all know that the great spiritual and galactic (“extraterrestrial”) changes within society do not come from the outside in, but from the inside out. After this activation and the spur to action with the help of these new qualities from Spirit, these specific changes are likely to increase exponentially, bringing more truth and more divine inspiration to Earth.

There is currently a multidimensional chess game between the Light and the Dark going on in, on and around the Earth, and the elite are well aware that this is not just in the physical dimension. They prefer that the masses remain atheistic and materialistic in order to keep them in the illusion, but they themselves are absolutely not. When the lightworkers step en masse into their new identity with their new qualities, they will also start working more consciously and tightly with the Higher Spiritual Worlds, guided through their own Higher Self. As a result, the Divine Plan will enter a new stage where many lightworkers will play more visible roles (not only as healers or teachers, but in all areas of society), and the positive changes will become more visible and effective in the physical dimension.

In yesterday’s meditation that inspired me to share this, we experienced a huge crystal pillar rising from the ground near Avebury in England, which had waited for the right timing to release itself. When it stood in full size on the surface of the earth, the top “opened”, as it were, and many “backpacks” came out, moving towards the first wave of lightworkers worldwide. These backpacks contained new qualities, but also new levels of sovereignty. After that the crystal flew into the cosmos, its work was done.

We’ve had more similar experiences lately, but it clearly feels like it’s really getting closer now. Perhaps a matter of weeks or months, Spirit never gives hard data. Something to look forward to.